SAINT PAUL OF THE CROSS

St. Paul Danei of the Cross is the founder of the Congregation of the Passion of Jesus Christ. He was born in 1694 in Ovada, in the north of Italy. From the very early years of his life he felt distressed by what he observed in the normal attitude of the people: God’s love to humanity, manifested in the Passion and Death of Jesus Christ on the Cross, is commonly overlooked, and even Christians are not sufficiently aware of it. This perception remained the emotional and mystical torment of his entire life.

As a teenager he helped his father in the family’s commercial business and tried some vocational options. Then he declined a profitable wedding arrangement and, at the age of 26, he appeared in the neighbouring villages dressed like an hermit and preaching the passion of Jesus Christ, with the permission of his bishop.

Jointly with that basic insight of his life, he became caught up with a project of gathering companions to make the world aware of the Crucified Lord’s love for every person. During a few days of prayer, he prepared a draught Rule for the foundation he envisioned. He moved to central and southern Italy to seek the pope’s approval and to find vocations for his venture. For decades, his brother John Baptist was the only follower. Many tried, but couldn’t stand the strict lifestyle.

Enormous were the hindrances that tried to prevent the new congregation take root: jealousy from the other religious institutions; interferences from the Roman Curia demanding to moderate the Rule; attempts of destruction from the just founded freemasonry; opposition from human and demoniac forces.

The popes praised ad supported the new religious family. In 1741 Benedict XIV gave official approval and the founder, as first member to profess his vows, changed his family name to Paul of the Cross. His spiritual experience is remarkable in the history of the Church. He is considered the most outstanding mystic and one of the most famous preachers in the eighteen century. Some of his definitions of the Passion of Jesus were: A work of love – The greatest and most stupendous work of the divine love – A see, or an ocean of love flowing from the infinite love of God – A see of sorrow and of love – The gate that leads the soul into intimate union with God – The divine school in which all things should be taught – The miracle of miracles of the divine love – Everything is found in the Passion of Jesus.

When he died, 1775, he left the congregation well planted and flourishing, with 14 monasteries and 200 religious men, along with a convent for cloistered nuns.

While he was preaching the Passion of Jesus, the premises of the French Revolution were been laid. Locke, Hume, Voltaire, Rousseau, Diderot, D’Alembert – the Encyclopaedists – were his contemporaries. They spread Enlightenment and Rationalism, which played positive roles in society, making freedom and equality accessible to larger portions of humanity. Paul of the Cross simply wanted to remind the world that human reason can completely succeed only if meets, or allows to be met, by the wisdom of God which is the Love of the Crucified One of Calvary. Otherwise enlightenment can produce very dark moments, and rationalism very irrational events. 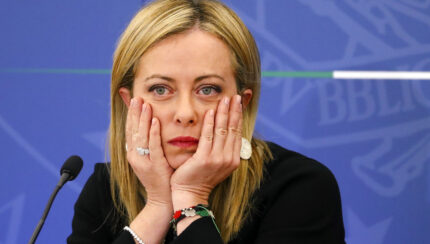