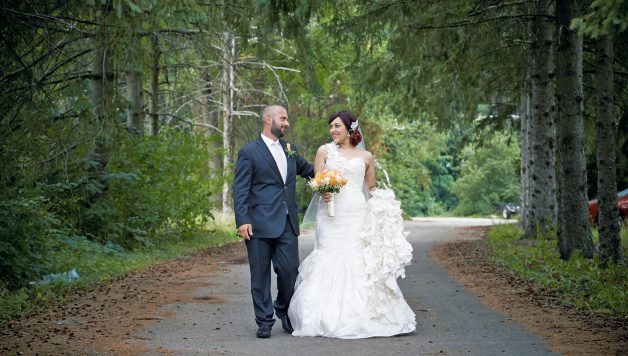 Jesus revealed himself to us

DEAR FATHER, It was such a pleasure to meet you when we came to St. Gabriel’s, as usual every time we come to Italy from Toronto. Du-ring our meeting, I told you about the vision and drawing that my daughter received from our Lord, two weeks before her passing on November 25th, 2014.

My daughter, Stephanie Michelucci, age 26 at that time, our youngest of the three children was diagnosed in March of 2013 with (AML) Leukemia, a very aggressive cancer which could only be cured with a bone marrow transplant. My son Daniel was selected to donate his bone marrow and after the transplant she was on the road to recovery. Our prayers seemed to be answered.

Stephanie had a wonderful young man in her life, Michael Castellano, who adored her and she returned his love. They wanted to finally make plans to get married, very happy that their dream would come true. But whole world came to an end when early January of 2014 her bloodwork revealed that some cells had not been destroyed from the transplant and that she had relapsed.

The doctors decided to try another type of treatment to destroy the few cells that were starting to develop and Daniel went through another donation of cells through transfusion. Unfortunately Stephanie’s body was rejecting these cells and in May, the doctor basically told us that there was nothing more they could do and that she would have six months to a year to live. We were destroyed… it didn’t make sense… why Stephanie… why us? As a mom, a faithful Christian, raising my children as Catholics, I felt cheated. Stephanie was always involved with the church. After her Holy Communion she was an altar server. Later she joined the choir as she loved to sing and was taking professional lessons. She also helped at the church bazaars every year.

When Stephanie told Michael, her fiancée, that the doctors were not giving her any hope, he said to her that she should not give up, that God would help them through this and miracles do happen. So they decided to change the wedding date to August 2nd, 2014. From the month of June to August, Stephanie was going down to the hospital twice a week for treatment of chemo and transfusions to keep the Leukemia under control. She ended up losing some of her eye sight due blood clots forming behind the retina of the eye.

When preparing for the wedding, we prayed for Stephanie to be granted her wish. Days before the wedding we were worried as she was in so much pain and we thought how is this wedding going to take place, but miraculously, the morning of the wedding she got up and she looked as if nothing was wrong with her. The wedding ceremony was celebrated by Monsignor John Iverinci and two other parish priests at St. Margaret Mary Church. Everyone that attended the ceremony could not believe how beautiful she looked as she walked down the aisle. She glowed and her happiness showed throughout the day and during the evening as she danced the night away. It was unbelievable, it was certainly “A Miracle Day”, her dream had finally come true.

The very next day reality hit, she woke up with a paralysis in her face and eye sight became worse. She was taken to hospital for a couple of weeks and then by September she never came out again. She got weaker and weaker as the weeks went by. Mid-September the team of doctors told us to get ready for the worst. However, something amazing happened on November 11th. While Rosemary, Daniel and Paola, my daughter-in-law, were by her bedside and as Stephanie was lying in her bed, she suddenly focused on the wall in front of her. She said that she could see a light that looked like a stained glass window. My daughter Rosemary quickly took a piece of paper and asked Stephanie to draw what she saw. We were wondering how she could possibly draw properly as her vision had been damaged months ago and her hands were always in so much pain.

At that moment she took pen to paper, still focusing on the wall, she started to draw and within a minute or two we were all amazed to see what she drew: Jesus carrying the cross and The Sacred Heart of Jesus surrounded by light. I believe Jesus gave Stephanie this revelation guiding her hand to assure her that her suffering was not in vain. On November 25th,, surrounded by my husband, Michael and I, she passed away.

Even though she received the sacrament of baptism as a baby, July 27th she wanted to be water baptized again saying: “I need to be water baptized because I need the shield of Jesus to cover my entire body from head to toe. I want to leave my old self behind and rise from the water a new person in Christ Jesus”.

DEAR FATHER, during her last few days, we discussed people that were not true to her and that caused her anger, with such peace in her eyes she said: “Mom, I’ve forgiven everyone who has hurt me, you do the same”. Here I knew that she was truly transformed to what God wanted of her. Many times I think about that moment and I look at the drawing and try to make sense of all this.   Yours truly, and devoted to Saint Gabriel       Tina and Gino Michelucci along with children Rosemary, Daniel and families 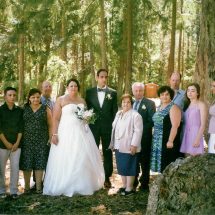 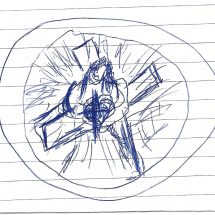 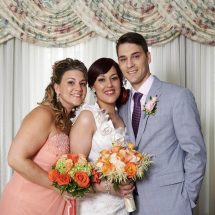 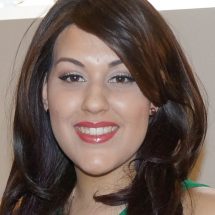 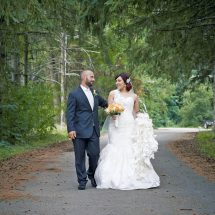 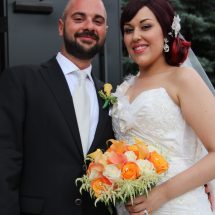 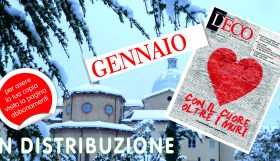 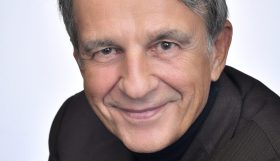 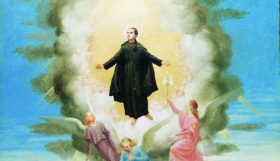 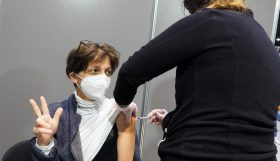 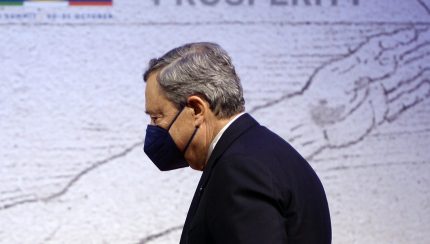 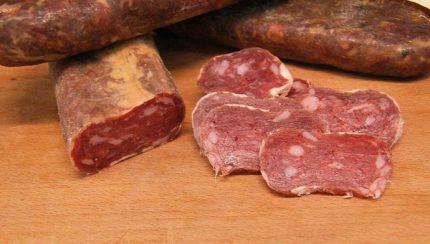