While most of Europes Roma possess a nationality, the Zahirovic family remain stateless. They live in a cramped and flimsy room, with no running water, electricity or sanitation facilities in Croatias Vrtni Put. The familys only source of income is from collecting scrap metal.
UNHCR / Nevenka Lukin / November 2010
*** Local Caption *** Mr. Zahirovic (Rasid) was born in Italy in 1989 and is a citizen of BiH. He has permanent residency as a
foreigner until 2012. He is registered as living with his brother at a nearby address. He confirms that he
lived in Zagreb from early childhood ie. he came to Croatia with his parents. He also states that he has not
left Croatia at all for the past 15 years. Since 1991, he is married (common-law) to Mirsada Hrustic and
they have ten children together, all born in Zagreb. The marriage was officiliased in 2009. Four of the ten
children attend the local primary school Lovro pl. Matacic which is nearby. Eight of the children have
citizenship of BiH. Two of the eldest children, Mehmed and Silvija, were born in the home and do not
have birth certificates. The eldest son, Kemal, born in Zagreb does not have regulated stay in Croatia, he
has a temporary stay permit which will soon expire.
In 2004, Mr. Zahirovic filed an application for Croatian citizenship, which was rejected . The project team
are assiting Mr. Zahirovic to obtain citizenship. They have requested a report from the Office for
Administrative and Inspections (Minsitry of Interior) about actions that were taken in his case and
discovered the procedure for obtaining Croatian citizenship was aborted because of a criminal procedure
carried against Mr. Zahirovic. However, this criminal procedure was suspended in April 2009. The
mobile team is currently following up this case to assist Mr. Zahirovic obtaining citizenship.
Mrs. Zahirovic was born in 1975 in BiH and is a citizen of BiH. She does not have regulated stay in
Croatia and the project team will help her to regularise her status on the basis of humanitarian reasons.
They will also assit the eldest son who is now an adult. They are assisting in the case of the two children
without birth certificates to register them in the birth register. 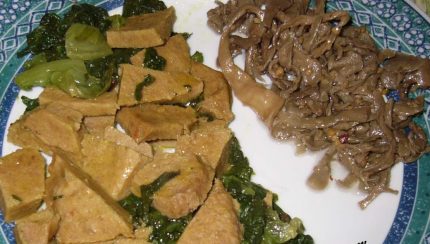